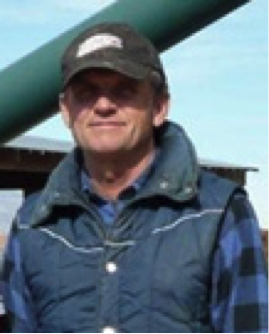 Eskdale started in 1955 as a Christian community in this high mountain desert of western Utah. John Conrad has been involved with the EskDale Dairy from the beginning and works alongside his two sons, Ben and David, who serve as herdsman and feed administrator respectively. Also closely involved is Ron Eldridge who is the herd manager. John proudly states, “We don’t subscribe to the idea that we want a uniform herd by only using a few bulls. We would like to use the best mating possible on every breeding.”

“There is no perfect mating system but we believe that aAa® has greatly contributed to the balance and overall performance of our animals. It helps protect the farmer from the extremes of poor type that create unusable or nearly unusable animals. The other great thing is having an opinion that is not someone trying to sell semen but who is looking at the cow for the type of animal she is not how good or bad. As much as possible, we use aAa® in mating our cows and try to stick with bulls over +2.5 on type. aAa® has given our cows balance and longevity in our minds.”